Evolve > Blog > It’s In the Details 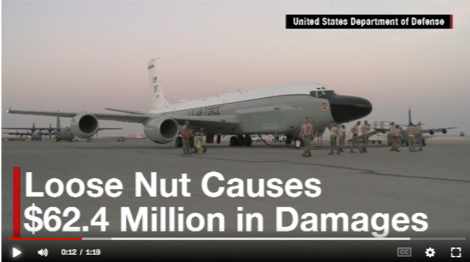 Never did I imagine that my non-liberal arts degree and background would lead me to the Department of Defense; to my father’s surprise for certain, but it did. Seems all branches of service need designers, illustrators, writers and all-around non-liberal arts people too. I learned very quickly about the responsibility I had undertaken and definitely underestimated. “It can all come down to one incorrectly drawn nut,” I heard from the Project Lead. At the time it sounded dramatic to say the least, it wasn’t.

The first crash scene I witnessed arrived in a C-130. The pilot backed the plane up to an open end of the hangar and upon tarps, service people removed bagged and tagged wreckage, piece-by-piece. There was blood on everything. We all stood around like we were watching a massacre, faces peeping out in between spread fingers as if that formed some protective barrier from the carnage. What fools we all felt like to find out the blood was from seagulls that had become wrapped up in the rotor blades. 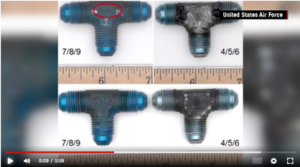 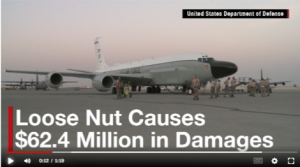 Friday, August 27, 2015, an Air Force reconnaissance aircraft caught fire, endangering the lives of 27 on board. The fire was determined to be the result of a government-contracted mechanic neglecting to tighten one retaining nut on some oxygen tubing. L-3 Communications, the contracting company that employed this poor soul cost the United States Air Force $62.4 million dollars. Needless to say, to this day there aren’t any L-3 Communications contractors at the Coast Guard Base in Elizabeth City, NC.

It may seem a far stretch for me to compare this type of catastrophic loss to my life now, but I return to these instances often. As with anything in life, there are extreme cases, in both directions. It is within these times I find the lessons I carry with me throughout my career and inevitably into the rest of my life. In this instance, paying close attention to the details of your work couldn’t be more front-stage.

With anything, you feel at your best and that you have done your best when you have had sufficient time to prepare and put your best self forward, in your presentation and in your work. Execution is no different. To some degree we all want the result, but look at the journey there, as the burden. In reality, the finished product is only going to be as good as the ingredients and effort that went into the creation. This resonates in all we do. 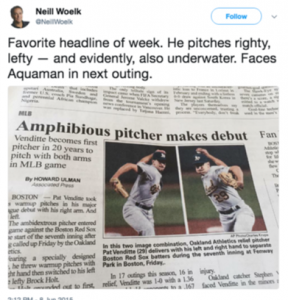 This example, although not a catastrophic fail, I’m sure felt like one to Howard Ulman of the Associated Press. The reaction is the same, head in the hands. As a mortal, I don’t know the remedy. Last week I was proofreading something for Joseph and found a number 1 in a sequence of roman numerals. I found it odd and stopped reading. Within the source materials from the client; their spec sheet even, it was present, number 1 within roman numerals. It was incorrect. Fortunately, Joseph, Brian and I saw the discrepancy.

We are here to be finishers, we are here to make the polish. We are imperfect individually and a stronger force against ourselves, together. I rely on the fear instilled in me by the responsibility I felt to produce a manual for the United States Coast Guard that would stand up to the scrutiny of the FAA in a crash recovery situation. I want to go home at night, knowing I did all that I could do to put our best foot forward, no more head in the hands. Time is a commodity that works against us, but taking the time to pay attention to the details of our work is a solid investment.

This website uses cookies to improve your experience while you navigate through the website. Out of these, the cookies that are categorized as necessary are stored on your browser as they are essential for the working of basic functionalities of the website. We also use third-party cookies that help us analyze and understand how you use this website. These cookies will be stored in your browser only with your consent. You also have the option to opt-out of these cookies. But opting out of some of these cookies may affect your browsing experience.
Necessary Always Enabled
Necessary cookies are absolutely essential for the website to function properly. This category only includes cookies that ensures basic functionalities and security features of the website. These cookies do not store any personal information.
SAVE & ACCEPT